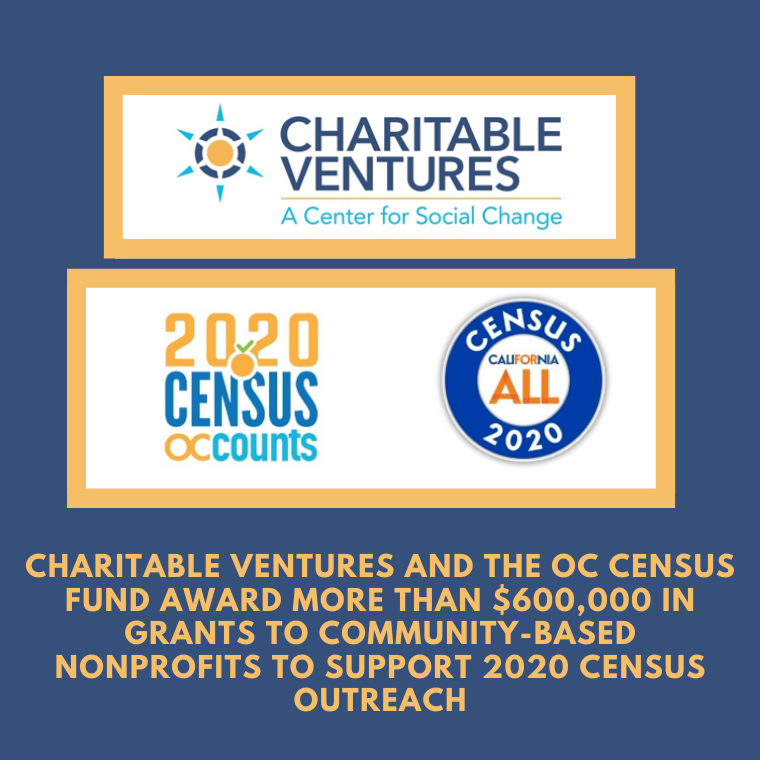 Charitable Ventures, the State-designated Administrative Community-Based Organization focused on 2020 Census outreach in Orange County, and the OC Census Fund, a collaborative philanthropic effort supported by Charitable Ventures, have awarded an additional 20 nonprofits with grants to support the participation of Hard-to-Count communities in the upcoming decennial Census. This recent distribution of funds marks the third round of Census funding administered by Charitable Ventures.

Charitable Ventures, which houses the OC Census Fund, awarded grants for community-based efforts through an open request for proposal process.

Every 10 years, the US Constitution requires that all residents, including non-citizens and undocumented immigrants, be counted through a nationwide Census.

Historically, a number of communities have been undercounted in Orange County, including people of color, children under age 5, individuals experiencing homelessness, veterans and more. The 2020 Census will also be the first time that a digital option is the first option for response, adding new challenges for counting those who lack digital literacy and Internet access. Furthermore, there are concerns that immigrants and their families will be afraid to participate in the Census, as a result of the current politicized environment and misinformation campaigns. Finally, the U.S. Census Bureau has significantly fewer resources than it did in past Census efforts.

“The Census is an important part of our political process. Knowing where people are helps determine where federal allocations are best spent. An undercount in Orange County could mean millions of dollars going elsewhere. We need it here. We need to make sure everyone is counted,” said Mary Anne Foo, founder and Executive Director of OCAPICA (Orange County Asian Pacific Islander Community Alliance) and co-chair of the OC Census Executive Team.

This round of funding awarded grants to: